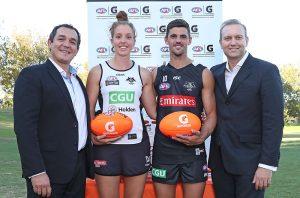 Gatorade has announced it will continue its partnership with the AFL for another three seasons and will also become the Official Hydration Partner of the NAB AFL Women’s League.

Gatorade has supported the AFL for the past three years, and is used by all 18 clubs across both men’s and women’s divisions.

A Gatorade spokesperson says the AFL sponsorship has helped Gatorade become the largest-growing sports-drink brand in Australia in terms of volume and value last year (2016 IRI Aztec Grocery & Convenience Scan Data) – a trend the brand expects to see continue locally over the next three-year term.