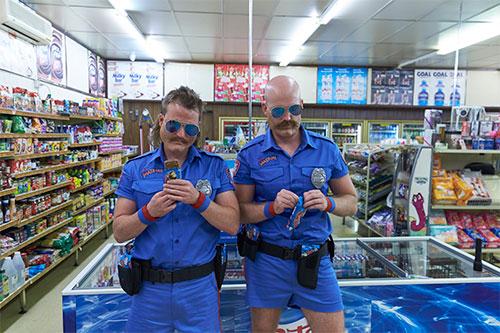 Deepend says Maxibon’s theme of mateship, building on the momentum set by last year’s ‘Never Smash Alone’ campaign that resulted in 34 per cent uplift in convenience purchases, is going one step further with Bonforce – an “elite squad” dedicated to ‘Maxi’ bonding.

Deepend Head of Social Hien Pham says the campaign will come to life across “snackable” social and digital content, engaging activations and a raft of partnership activity, and is rooted in two key insights.

“Looking at our audience and their consumption habits across products and media, we identified a couple of fundamental points we could anchor our approach in – one being that ridiculous is the new funny, and the other being that late-night snacking is on the rise for Maxibon’s core consumers – young males aged 18-24.

“This snacking moment presented an opportune occasion for Maxibon to intercept and celebrate, but we wanted to do this in a way that would connect with loyal fans. Over its 18 years, Maxibon has established a cult-like following, and we believe the Bonforce provides a strategic platform for the brand to further own male bonding and create ‘Maxi’ bonding moments for our audience.”

Deepend Creative Director Andrew Isaac says the Bonforce comprises “larger-than-life, buddy-cop-style ice-cream enforcers, bent on teaching the world the rules around ethical ‘Bon smashing’”, and will feature in campaign activity across the year.

“Our creative sees the extreme police parodies contrast with our hero, Billy, and his mundane, real-world life,” Mr Isaac said. “Billy must overcome his failings of turning down a midnight ‘Bon smash’ on his 18th birthday, and with the intervention of the Bonforce ensure his mates don’t make the same mistake. It’s going to be a wild ride.”

Jamaica Blue’s ‘The Big Give’ campaign in partnership with ALIVE

Jamaica Blue has launched a national campaign ‘The Big Give’ in partnership with ALIVE, an organisation dedicated to ending youth suicide. Launching from 21 June...

Tic Tac has launched a new campaign encouraging Aussies to ‘Share a Little Kindness’. This follows research from the confectionery brand, finding that a little...
Advertisment