Mark McKenzie
CEO
Mark McKenzie is CEO of ACAPMA. He has 30 years of varied experience in private and public-sector roles, with much of this time spent addressing strategic issues and public policy for the road-transport, conventional-fuels and alternative-fuels industries.

About ACAPMA
First established in 1976, the Australasian Convenience and Petroleum Marketers Association (ACAPMA) is the peak industry association representing the interests of the majority of businesses that comprise the downstream petroleum sector in Australia. Membership ranges from large corporations to small family-owned businesses.

For more information, contact the ACAPMA secretariat on 1300 160 270, or email assist@acapma.com.au. 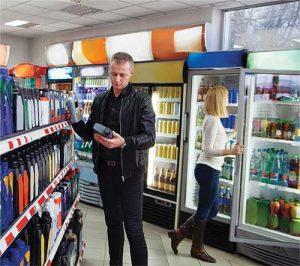 Unless they have been hiding under a rock for the past 18 months, most readers will be aware that the fuel retail industry has been the subject of signifcant scrutiny over the underpayment of workers.

This scrutiny was initially prompted by the much publicised 7-Eleven case which revealed systemic underpayment of workers by 7 Eleven franchisees. The Fair Work Ombudsman (FWO) has also raised concerns about the wage-payment practices of some franchisees within both the Caltex and United Petroleum networks.

In an effort to target these issues, the Commonwealth government established two taskforces last year in a major push to stamp out wage-underpayment practices in Australia.

The first of these was Taskforce Cadena, launched in July 2016. Led by the FWO and the Australian Border Force, this taskforce is supported by the Australian federal police (and other government agencies) and is primarily focused on the investigation of employment-law issues relating to the employment of migrant workers.

The Australian government announced the establishment of a second taskforce targeting wage-underpayment issues in October 2016 – the Migrant Workers Taskforce.

Convened by former ACCC chair Alan Fels, the Migrant Workers Taskforce is monitoring 7-Eleven’s progress in wage repayments and has been giving advice to the Australian government on policies relating to the employment of overseas workers.

It would be fair to say, however, that public and political concern about our industry’s (and that of numerous other industries’) approach to wage underpayment has persisted despite these developments.

In fact, these concerns appear to have been heightened by recent investigations by the FWO that identified similar issues among some franchisee operations within both the Caltex and United Petroleum networks.

Speaking at the Asia-Pacific Fuel Industry Forum on 14 September 2017, FWO Natalie James advised that she will “enforce the new laws in the same way as we approach all our work – in a balanced, evidence- led manner that considers the circumstances of the case”.

“We don’t ‘prosecute’ oversights or errors made when an employer has made a reasonable effort to get it right,” Ms James continued.

“But for those who are doing the wrong thing, and quite deliberately seeking to maximise their profits at the cost of their workers and their competitors, we will not hesitate
to apply the full set of tools in our toolbox, including the new powers and penalties granted to us by parliament.”

The new laws – and the likely response of franchisors – introduces a new dynamic to the wage underpayment issue in the Australian workplace, with particular relevance for industries that have a large number of franchises such as the fuel retail industry in Australia.

Put simply, these new laws suggest that any franchisee that is not paying correct wages not only risks being fined by the FWO, but they also risk losing their franchise due to termination by the franchisor, which is rightly seeking to protect the reputation of its brand.

While ACAPMA was initially concerned about how the new laws might negatively affect the relationships between franchisees and their franchisors, the revelations of ongoing wage underpayment in our industry cannot be left unaddressed.

Fuel businesses that do not pay correct wages are not just acting unethically by not paying their workers fairly – they are gaining an unfair competitive advantage over the majority of fuel-retail businesses that are doing the right thing.

For that reason, ACAPMA supports the introduction of the new laws and is working with the industry to raise awareness of them. It will assist fuel- retail businesses in ensuring that their wage practices fully comply with the law.

In yet another case of dodgy employers being caught out a Brisbane fast food business has has been hit with $185,000 in penalties for...

Your business, your responsibility. In another of what is a series of cases that have highlighted the fact that Directors will be held responsible for...
Advertisment