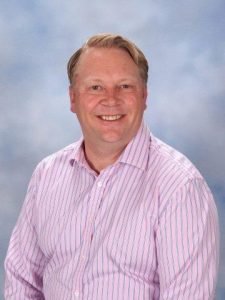 With over two decades of experience in corporate finance and strategic planning, Mr Webster will lead the financial management of the treats and snacks business from its headquarters in Melbourne.

Mr Webster has held various senior roles at the company since 2003, including in the chocolate and pet care segments at both the global and market level. Most recently, he spent three years in Chicago as the Global Chocolate Business Unit Finance Director of Mars Wrigley where he played a lead role in the development of value creation plans for Mars Wrigley’s “iconic” brands, including M&M’s, Snickers and Maltesers.

Prior to this, Mr Webster was the Chief Financial Officer for Mars Chocolate Australia delivering “strong performance and record successive growth” over that time.

During his tenure at Mars, Mr Webster is said to have been instrumental in delivering continued strong performance of the Mars Wrigley business in Australia and globally. With a passion for fostering talent and evolving the role of the finance function within the business, Mr Webster has played a leading role in establishing the Mars University Finance College in Australia and New Zealand, an internal continuous professional development program available to Mars finance Associates.

Mars Wrigley Australia General Manager Andrew Leakey says the business is excited to welcome Mr Webster back to Australia to harness his extensive knowledge of Mars Wrigley and experience working across Mars segments around the world.

“Duncan’s appointment will bolster our leadership team and help drive strong performance and growth for our Australian business and brands,” he says.

Mr Webster adds that it has been a privilege to have worked closely with the Chief Growth Officer and Chief Customer Officer of the Global Chocolate Business Unit for the last three years.

“However, I am thrilled to return to Australia to lead the financial growth of our operations in which Mars has a long-standing legacy in the local community, alongside a dedicated group of Associates,” he says.