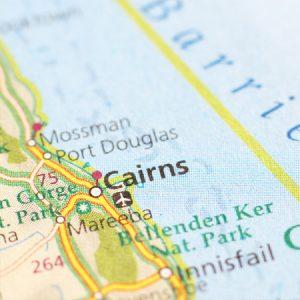 The ACCC estimates that more competitive fuel pricing in Cairns could save motorists in the city collectively up to $3.5 million a year.

In a recent ACCC study, it was revealed that petrol stations in Cairns had made profits in 2015-16 around 38 per cent higher than the average net profit achieved across other sites around Australia.

“The ACCC’s Cairns petrol-market report confirms what motorists have suspected for a long time: they’re paying too much for fuel and contributing to very high profits for retailers in the area,” ACCC Chair Rod Sims said.

“Competition in the Cairns fuel market is weak and, unfortunately, it’s consumers who are paying for this at the bowser. While weak competition sees higher prices for consumers, of itself this doesn’t reflect any breach of competition or consumer laws.”

The report indicates that Cairns drivers have paid significantly higher prices for petrol that in any of Australia’s five largest cities (Sydney, Melbourne, Brisbane, Adelaide and Perth) for the past five years.

The ACCC said United Petroleum established a retail site at Innisfail in February 2017, since when the town had seen lower fuel prices than in Cairns.

“This is significant given that Cairns is around 20 times the size of Innisfail. Other towns in north Queensland, such as Mareeba, Atherton and Ayr, have also had lower petrol prices than Cairns in recent years,” Mr Sims said.

According to the ACCC, three steps are needed to ensure petrol prices are reduced in Cairns: increased petrol-price transparency, regular reporting on wholesale petrol prices and retail margins, and new, competitively-priced retailers entering the market.

“Motorists in Cairns can use the growing number of petrol-price websites and apps to help them decide when and where to buy petrol,” Mr Sims said. “The availability of this petrol-price data may also have the effect of promoting competition between retailers.

“Close scrutiny of pricing behaviour may give retailers less incentive to increase and maintain high prices.

“If retailers in Cairns were more competitive, the ACCC would expect retail petrol prices and retail margins in the future to be in the region of 4-5cpl lower than current levels.”

Mr Sims said this would mean annual savings to motorists in Cairns collectively of up to $3.5 million a year on petrol purchases.