Boost Juice teams up with Caltex 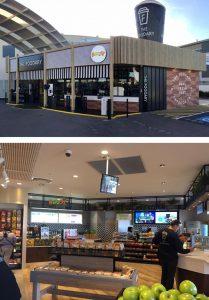 Boost Juice, claimed to be Australia’s largest smoothie and juice-bar network, plans to roll out into 12 Caltex service stations around Australia with the first opening last week at Padstow in Sydney.

Boost Juice founder Janine Allis says Boost has always been a convenient grab-and-go option, making its expansion to commuter hubs such as service stations, airports and train stations a natural one.

“Our partnership with Caltex will allow us to reach a whole new customer and really reinvent the experience motorists have at convenience stores where no longer are they grabbing their juice from the fridge, but are getting it made fresh right in front of their eyes,” she said.

“We’re lucky that the Boost Juice model operationally is quite flexible and has allowed us to be able to jump on these opportunities.”

For more than 17 years Boost Juice stores have featured in retail food courts, with more than 270 sites now operating.

If the service-station trial is successful, the company intends to conduct a broader rollout with stores in even more locations throughout Australia.

Boost juice also opened its first drive-through outlet – in Ballarat, Victoria – earlier this year, claiming the response from customers had been “very positive”.

The company says its expansion plans over the next 12 months will have a focus on diversifying its portfolio.