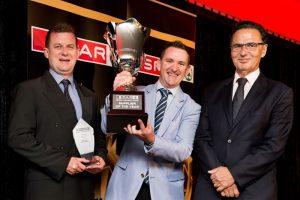 SPAR Australia held its 2016 Supplier Awards on the Gold Coast on March 3, recognising the support of key suppliers and presenting the SPAR Supplier of the Year Awards.

SPAR Australia’s Managing Director Lou Jardin spoke about the critical role its suppliers play in the success of the business and presented awards in nine categories.

The winners of SPAR’s supplier awards for 2016 are: