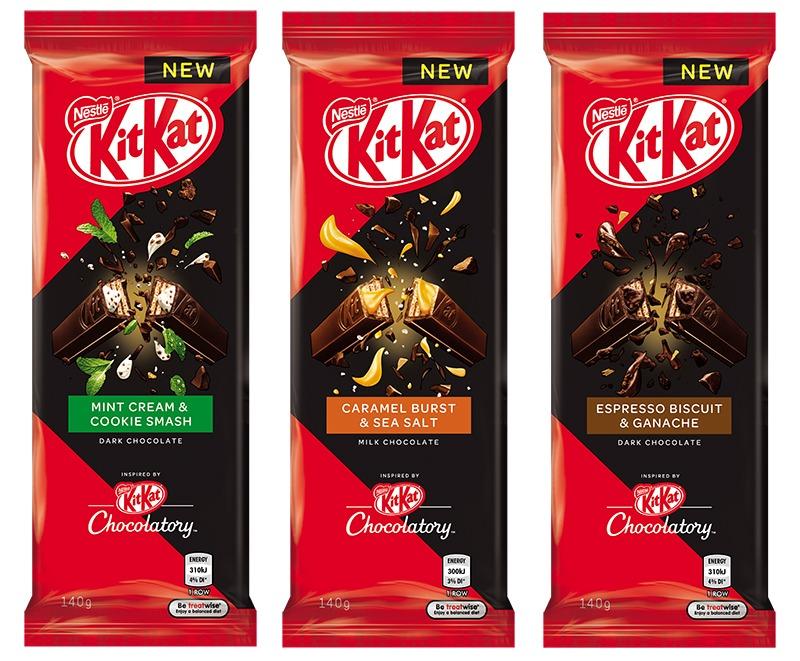 KitKat has launched a new range featuring “deliciously decadent fillings” that were inspired by the first permanent KitKat boutique – Chocolatory in Melbourne.

A brand spokesperson said the “creative combinations were inspired by a different take on broad-appeal texture, flavours and inclusions.”

It is now available in the grocery channel and will launch in convenience next month.

The spokesperson said the launch is supported by integrated communication, with a dedicated television campaign, out-of-home advertising, and digital and social media, alongside in-store support and sampling.