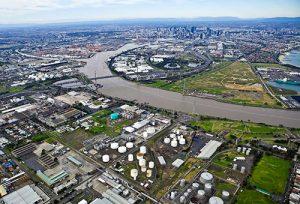 Upgrades to the Newport fuel terminal in Melbourne are due to be completed by the end of 2017, with the $75 million project including two new tanks, an additional 40 megalitres of storage capacity, new pipes and pumping equipment, increased truck loading capacity and improvements to the terminal’s safety systems.

Caltex will also move to improve road safety for vehicles entering and exiting the site, building a new access point so heavy vehicles can avoid the known black spot on Douglas Parade.

The company says the upgrades will help Caltex better manage its supplies to ensure it can meet growing demand for petrol, diesel and jet fuel from across the state.

“It’s critical that Caltex, Australia’s leading supplier competing against multinational corporations, continues to invest in the infrastructure that Victoria needs to keep its economy growing.”

Caltex Australia has invested more than $2 billion into its supply and retail infrastructure over the past five years.