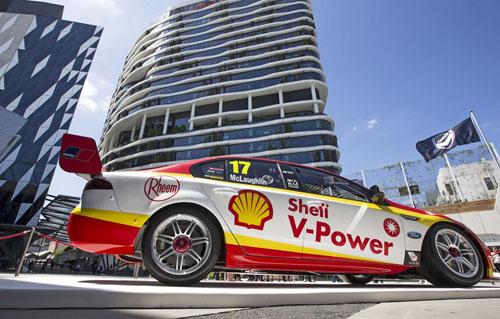 Up-and-coming Australian motorsport drivers have been given a boost by the latest event sponsorship from Shell Helix.

The Australian Formula Ford Series at the most recent Virgin Australia Supercars Supersprint at Winton in Queensland’s central west on May 19-21 offered the rising stars of the sport a glimpse into their potential future careers as a professional racer.

“In the past, Formula One world champions such as Ayrton Senna and Michael Schumacher, and, closer to home, Australia’s Mark Webber and Daniel Ricciardo, have come from Formula Ford championships.

“The sponsorship means that throughout the 2017 Formula Ford series, call cars will use and benefit from Shell Helix Ultra.

“Prizes for standout performers at each round will also be awarded.”

Prizes include Coles Express vouchers for the best-performing rookie driver and the Kent Class winner.

Both Coulthard and McLaughlin have come through the Formula Ford series to their current positions within a major team.

“A lot of us are hoping to forge a career in Supercars,” Formula Ford competitor Jayden Ojeda said. “Support from companies like Shell Helix creates opportunities for us to meet the people we look up to.”

In 2017, national Formula Ford is divided into two classes; the Duratec Class and the Kent Class, the latter powered by older-generation carburetted engines.