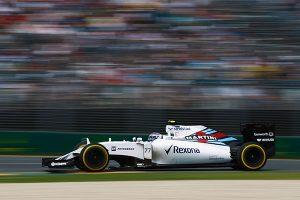 As official partner of the Williams Racing Team, Rexona is giving two Aussies the ultimate fast-driving dream – a once-in-a-lifetime opportunity to take a Williams Racing F1 car around one of the world’s greatest racetracks.

The Rexona Qualifying mobile game is designed to test your speed and reflexes, as quick reaction times are essential for professional F1 drivers. The game is based on the Batak Pro, a reactive machine that trains and tests top athletes, including Williams Racing F1 team drivers Felipe Massa and Valtteri Bottas.

For the chance to qualify, players should head to www.rexonaqualifying.com.au and put their reflexes to the test, then enter their details to get in the draw. A leaderboard will be visible so players can see how they are tracking against opponents. Players can play as many times as they wish, but are limited to one entry per day.

Mr Massa says the partnership between Rexona and the Williams Racing F1 team is a natural fit.

“We are delighted to have a partnership with Rexona, the world’s number one antiperspirant brand,” he said. “In Formula 1, we travel the world and race in some of the most demanding physical conditions on the planet, so it provides the ultimate torture test for Rexona. In Malaysia the cockpit reaches 55°C so sweating is inevitable, but Rexona is great for the everyday moments.”

To accompany the launch of the mobile competition, Rexona has launched a Special Edition Williams Racing range of 205ml aerosol (RRP $7.17) and 50ml roll-on antiperspirant deodorant (RRP $4.20). The Special Edition can design is modelled after the Williams Racing F1 team colours, and the product contains Rexona’s trademark MotionSense technology.

Rexona with MotionSense is Australia’s first antperspirant deodorant with motion-activated technology. The unique microcapsules are activated by movement, releasing bursts of fragrance all day. So the more you move, the more Rexona protects.