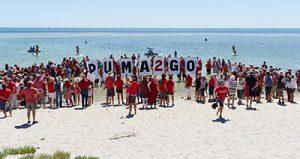 Around 1,000 residents of Dunsborough, in the south-west of Western Australia, held a rally last weekend to protest against the proposed building of a third petrol station in the middle of the town.

Developers DCSC and Puma Energy are seeking approval for a 24-hour convenience store on Dunn Bay Road featuring six petrol bays. If the development is approved, the three sites will be within 300m of each other.

The matter is scheduled to appear before the State Administrative Tribunal (SAT) on February 1.

Action group Puma 2 Go has held protest marches and launched an online petition calling for the proposal to be rejected. The group says building a petrol site at the proposed location would fragment the town centre. It suggests that the development be relocated to the edge of town.

Puma2Go representative Trish Flower said the group wanted to make it clear, in the last few days before the hearing, that the development was not supported.

“We want the judge at SAT to know the community of Dunsborough are really opposed to this,” she said. “We hope he or she will consider the amenity of the town, the visual impact, the safety, traffic and that we’re wanting to create a pedestrian friendly community.

The protesters marched from the middle of town to Geographe Bay, where they gathered to listen to the arguments against the proposal.

The words ‘Puma 2 Go’ were spelt out in the shallows, surrounded by community members. A mannequin challenge then took place to demonstrate the active and passionate community the group represented.

Puma Energy declined to comment when Convenience World approached the company for a response to the protest.

Woolworths Group has announced an expansion of its support for LGTBQ+ events across the country. The expansion sees Woolworths partner with 10 additional events in...
Advertisment