The project, totalling $8.06 million, will aim to optimise biocatalysts targeted to more efficiently convert sugars to bioethanol for commercial production.

Microbiogen will be working in partnership with a global industrial biotechnology market leader that has provided the base strain and will take the end product to the market globally.

ARENA CEO Ivor Frischknecht says the project could progress bioethanol in Australia and would have significant commercial value to bioethanol production facilities worldwide.

“We hope this will provide valuable knowledge for existing Australian bioethanol projects and facilities – it could potentially help in increasing the supply of bioethanol in Australia,” he said.

“This project could improve the commercial viability of advanced biofuels and hopefully open up export opportunities in North America and Asia.”

Microbiogen CEO Geoff Bell says the funding will help Microbiogen realise its goal of “developing an exceptionally robust yeast catalyst that enables the cost-effective production of biofuels from non-food waste along with high-value feed byproduct”.

“We believe this technology is critical to the sustainability of biofuels, since it will address both the economic and sustainability issues surrounding biofuels today,” he said. 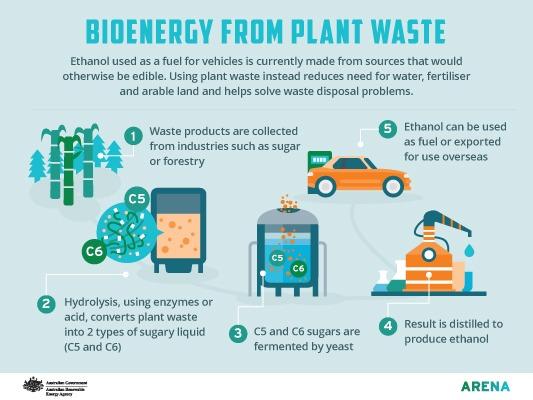