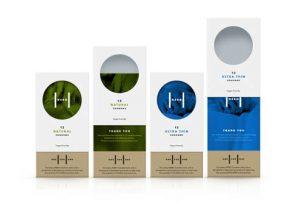 Condom company Hero, which promotes itself as being socially responsible, has unveiled a complete refresh of its product packaging, with a new design guided by feedback from more than 1,200 Australian women.

Hero’s survey revealed a preference for packaging materials and imagery that evoke a high-quality, premium feel, as well as a desire to align with brands that incorporated recycled materials.

The company said respondents also applauded Hero for avoiding the use of over-sexualised images, which were typically found in other major condom brands’ packaging and marketing materials.

“Women make up close to half of the Australian condom market, but the latest surveys show the major condom brands don’t seem very interested in making a product with women in mind,” Hero Condoms CEO Dustin Leonard said.

“Women are more empowered than ever when it comes to sex, so we want to make sure our products are engaging and reflecting the needs of this significant part of the market.”

An earlier Pureprofile survey found that Hero was the brand of choice among Australian women, with nearly 78 per cent of respondents saying they preferred it over competitors.

Hero teamed up with brand design expert Gary Broadbent, who currently serves as Creative Director for Sydney’s new $1.1 billion International Convention Centre, to help articulate the new insight on the factors most important to female shoppers, in a visually appealing way.