Get a pizza this 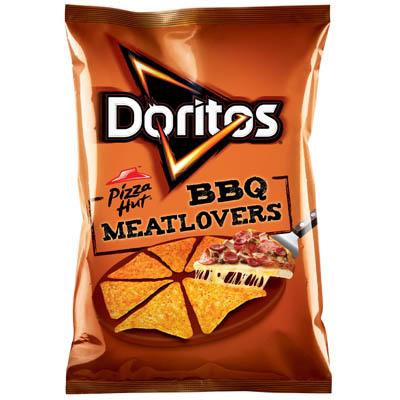 “We are excited about our partnership with Pizza Hut to create Doritos Pizza Hut BBQ Meatlovers corn chips – a flavour experience that is as bold as it is tasty,” Doritos Senior Marketing Manager Sheri Juchau said. “It takes snacking to a new level that will excite consumers and unleash brand and category growth.”

The launch will be supported with a range of activities, including digital and social activation as well as catalogue and in-store support. The 150g pack will be initially available exclusively in Woolworths stores and Pizza Hut outlets. Distribution will be expanded to other retail outlets later in the year. The 80g packs will be available initially exclusively in Woolworths Petrol outlets and then rolled out nationally.