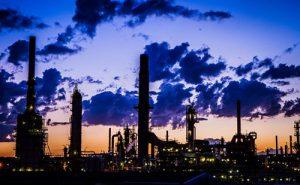 A documentary capturing the 58-year lifespan of the former Caltex Oil Refinery at Kurnell has been released by Caltex Australia as a tribute to the site.

Commissioned by Caltex and directed by filmmaker John Marsh, Kurnell Refinery: The Heart That Beats Within seeks to preserve the history of the refinery before it was converted into a fuel import terminal. The film complements a commemorative book and photography collection already lodged with the NSW Heritage Council, the State Library and the Sutherland Shire Library.

“Keeping the refinery operating provided us all with satisfying and interesting jobs,” former Kurnell Refinery Manager Greg King said. “It challenged us and sometimes frustrated us, but when we reflect on our time at Kurnell, what we all seem to remember the most is the people, the sense of community and the friendships. What I like most about the film is that, while it does give a sense of the breadth and complexity of the refinery, it really showcases the people who were instrumental in its many years of successful operation.”

Construction of the Caltex Oil Refinery in Kurnell started in 1953 and operations began in 1956. In 2012, Caltex announced the site would cease operating as a fuel refinery. Today the site serves as Australia’s largest fuel import terminal and continues to supply fuel to motorists and businesses across NSW and the ACT.