Christmas 2015 was my first as ACAPMA CEO and one where

I was faced with a barrage of media inquiries about petrol prices. After a quick glance at our news archive for Christmas 2014 (and 2013 and 2012 and so on), I soon realised that the reports were nothing personal but merely a repetition of past attacks on our industry about summer holiday petrol prices.

That said, the 2015 media stories appear to have been a little more intense than usual, with concerns being expressed about the apparent large disparity between falling global crude oil prices and retail fuel prices.

This year’s commentary included a focus on retailer fuel margins, initially sparked by an ACCC report that found that retail fuel margins over the December quarter were the highest ever observed by the ACCC, which was then further fuelled into the new year by commentators questioning the variability in retail fuel prices between Australia’s capital cities.

The first concern can generally be explained as some commentators failing to fully appreciate the fact that Australia’s wholesale fuel prices are now more influenced by movements in the price of finished fuel products out of Singapore than movements in the price of crude oil. Explanations for the vagaries of this pricing relationship are best left to the Australian Institute of Petroleum and the refiners.

The second concern about retail fuel prices is more relevant to readers of this magazine (and ACAPMA’s members) and therefore is worthy of deeper examination.

So let’s take a quick look at the issue of higher retail margins and calls by the motoring clubs (and some politicians) for price consistency. The ACCC statement that retail fuel margins are the highest ever observed since they began petrol monitoring, while factual, was somewhat inflammatory.

The ACCC’s own data shows that over the past 10 years fuel retailers have averaged just 2¢ per litre net profit – that is, around 80¢ net profit for an average fill of 40lt. Assuming an average of $1.05 per litre for petrol over this 10-year period, the net profit margin secured by fuel retailers reported by the ACCC represents less than two per cent of the average retail fuel price for the past 10 years – a level that, by any account, is bordering on unsustainable in the medium to long term.

The fact that retail margins have increased beyond these historic lows is actually a good thing, as it augurs well for the continued safe and environmentally responsible management of the retail fuel industry in Australia.

The higher margins mean that fuel retailers are in a better position to upgrade fuel infrastructure and accommodate the added compliance costs imposed by increasing levels of state/territory regulation in areas such as vapour recovery (NSW) and biofuels (NSW and Queensland) – investments that have been nearly impossible
to fund in recent years given the sustained low retail margins that have been captured.

The recent calls for consistency in retail fuel prices are, by all accounts, misplaced, as those calling for this action do not appear to appreciate the different retail business models in Australia’s retail fuel market.

The substantial variance in retail business models – that is, company owned and operated sites (around 33 per cent), commission agents (around 14 per cent) and dealer-owned-and- operated sites (52 per cent) – means there is substantial variance in operator costs. This difference in costs means that the retail prices marketed by these businesses will vary. The result is that there is no such thing as a ‘uniform fuel price’ or ‘uniform net margin’.

Those with lower overall costs are in a better position to sell fuel at a lower price for longer, which is why some retailers are able to offer fuel at a far lower price than that of their competitors – a fact that has been openly acknowledged by the very same commentators that are calling for price consistency.

In addition, calls for price consistency fail to recognise that differences in the intensity of competition of unlinked markets (eg, different capital cities and metropolitan versus rural markets) will result in different average retail prices in these markets.

Fundamental differences in the intensity of competition between capital cities (and between metropolitan and regional areas) provide a significant explanation for the observed variation of both the frequency and duration of retail price cycles in different markets. Achieving consistency in this environment would basically require regulation of retail fuel prices.

Noting the different retail business models (and net margins) in operation, it would be a very brave government indeed that chose to legislate a retail fuel price that caused the least price-efficient retailers to make consistent losses.

Consequently, any strategy that requires price consistency would likely result in the removal of fuel price discounting and an overall reduction in competition – outcomes that are not in the interests of fuel retail businesses or motorists.

The key to achieving lower prices is to ensure healthy competition, which is why our industry is regularly the subject of ACCC investigations of market competition. Repeated investigations by the ACCC have consistently found that the Australian retail fuel market is competitive – a fact that many of the recent commentators on 2015 summer retail fuel prices appear to have conveniently overlooked.

The reality of all of this is that our industry will always have to wear the flack of unjust criticism of petrol prices – no matter how misinformed – as ‘fuel industry bashing’ is as Australian as barbecues and backyard cricket.

Those calling for consistency in retail fuel prices (via retail price regulation) need to be aware of what they are asking for, as such action will likely result in motorists paying higher fuel prices over time and deliver a reduction in market competition. 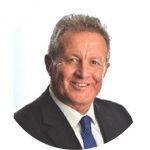 Mark holds formal qualifications in engineering (BEng) and business (MBA). He has 30 years of varied experience in private and public sector roles with much of this time spent addressing strategic issues and public policy for the road transport, conventional fuels and alternative fuels industries.

First established in 1976, ACAPMA is the peak industry association representing the interests of the majority of businesses that comprise the downstream petroleum sector in Australia. Membership of the association ranges from large corporations to small family-owned businesses, including fuel wholesalers, distributors and retailers, petroleum contractors and petroleum equipment suppliers. Further information about the nature of petroleum marketing in Australia can be obtained by contacting the ACAPMA Secretariat on 1300 160 270, or email assist@acapma.com.au.

New Superannuation rates apply to all eligible work from 1 July 2022 with the increase of the superannuation guarantee rate to 10.5%. There are also...