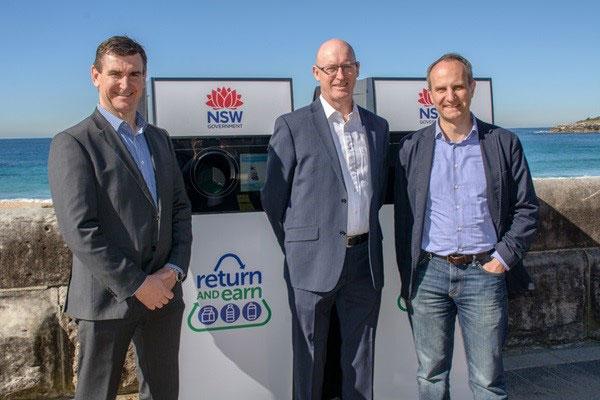 The NSW government has appointed Exchange for Change, a beverage-industry joint venture comprising Coca-Cola Amatil, Asahi, Carlton & United Breweries, Coopers, and Lion, as coordinator of the ‘Return and Earn’ container-deposit scheme (CDS) due to roll out in the state in December.

The initiative will give customers a 10¢ refund in exchange for bottles and cans, which can be donated to charity, used as in-store credit or redeemed for cash.

As scheme coordinator, Exchange for Change will be responsible for ensuring the refund is paid through the appointed network operator, TOMRA-Cleanaway, which will run collection points across the state, including more than 800 reverse-vending machines.

State Environment Minister Gabrielle Upton says the Return and Earn scheme will be convenient and rewarding for everyone.

“This is the biggest initiative to tackle litter in the state’s history and it will make a massive difference to the amount of rubbish in our streets, parks and waterways right across NSW,” she said.

The companies behind Exchange for Change produce and/or distribute more than three-quarters of the containers that will be subject to the CDS.

Coca-Cola Amatil claims it will continue to work with the industry and NSW government to ensure the scheme “operates efficiently to minimise the impact to customers and consumers, has robust and transparent governance, and achieves the targeted environmental outcomes”.

Along with introducing the 10¢ refundable deposit per eligible container, the CDS will involve an administrative and handling fee to finance the operation. The amount of the fee is expected to be published in mid-August.

Coca-Cola Amatil says the cost of the CDS will be subject to factors including, but not limited to, the container-redemption rate, the mix of redemption between collection points and material-recycling facilities, and the mix of packaging type.

“Coca-Cola Amatil intends to enter into supplier arrangements with the scheme coordinator and will continue to review the implications and will provide updates as appropriate,” the company said.

The CDS is expected to be ready  from December 1 for consumers to redeem containers. Most of the 500 collection points will be in place by this time, with the remaining reverse-vending machines set to be installed by February 2018.

CDSs are proposed for other states and territories, with an ACT scheme expected to begin in early 2018, followed by Queensland in July 2018 and Western Australia in 2019.

Coles has reached a new fundraising milestone for FightMND. The retailer has raised more than $20 million in five years to help fund research...
Advertisment