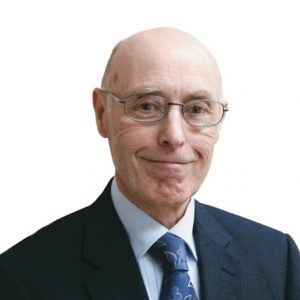 It is with heavy hearts that we announce the passing of an industry stalwart, a long-time contributing writer and friend to Retail Media, David Burton, on 29 September 2021.

With a background of more than 30 years in FMCG, David developed and maintained a high profile within the industry. He led a grocery discussion group, Food Industry Discussion Organisation (FIDO), for 10 years as honorary chairman, and recently through his business, DB Management Services, he managed FIDO as executive director.

Managing Editor Lorna Gloria and Features Editor Hailey Settineri of Retail World and Convenience World worked alongside David for more than 10 years. He also worked in collaboration with other Retail Media staff for 15 and 20-plus years and formed many friendships in and out of the office.

Outside of the magazine deadlines, we shared plenty of talks and cheer over chocolate, cake and lunch. David had a passion for football, especially Manchester United, and would often be found at the office providing highlights of recent matches. He enjoyed writing the regular columns that reflected his vigour for the industry, analysing the retail market and providing news coverage, also representing Retail Media at various events.

David was a true gentleman, a dear mentor and a good friend.

Our thoughts and love go out to David’s family.

He will be greatly missed.