The “nation’s oldest and most iconic chip brand”, Smith’s, is celebrating its 90th birthday this year and is bringing back Australia’s favourite flavours to mark the occasion.

Smith’s emerged from humble beginnings in the inner-Sydney suburb of Surry Hills in 1931. Frank Smith and George Ensor originally began making chips in 20 gas-fired cooking pots, before packing them by hand with a “twist of salt” sachet for flavouring. Thirty years on, Smith’s released the first flavoured chip in Australian history with its popular Chicken flavour.

This innovation continued over subsequent years with many new flavours and industry-first products breaking into the market such as Duo’s, Poppables, and most recently, Oven Baked.

“Over its 90-year history in Australia, Smith’s has also contributed significantly to jobs, agriculture, and the economy. Smith’s only uses Australian potatoes for its chips, purchasing 90 million kilograms of fresh potatoes each year from local farmers all over the country, making Smith’s the largest buyer of crisping potatoes in Australia.”

Danny Celoni, Chief Executive Officer of parent company PepsiCo ANZ, said this year marks a significant milestone for the brand, but more importantly, for the people behind Smith’s that have supported us along the way.

“Smith’s enjoys a proud Australian heritage with our one-of-a-kind potatoes being grown and produced by local Aussie farmers for generations. Ninety years is a momentous feat and there’s no better time to celebrate and give thanks to our farmers, people and loyal consumers that have made Smith’s what it is today,” Mr Celoni said.

“As a category leader, Smith’s continues to innovate by extending into new formats and segments as consumers continue to seek new flavours and experiences.

Over the past four years Smith’s parent company PepsiCo ANZ has invested over $100 million into manufacturing to accelerate growth and boost innovation. This investment has allowed Smith’s to create new flavours and industry-first products such as Duos, Poppables, and more recently Oven Baked.

To celebrate its 90th birthday, Smith’s has brought back five fan-favourite flavours as limited editions, including Tasty Cheese, Sausage Sizzle, Loaded Baked Potato, Garlic Bread and Crispy Bacon, available from select supermarkets with a RRP from $3.49. 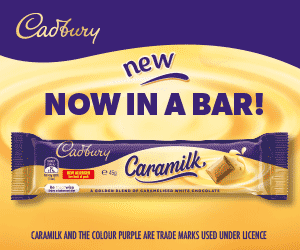