Convenience World caught up with the industry group’s leader after the latest AACS summit to discuss the ever-evolving P&C sector. 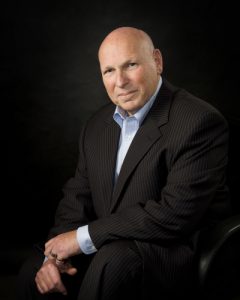 Inspiring change was a key focus for the recent AACS summit. How well is the industry adapting to change?
The industry is actually adapting to change very well, and always has been. While there are some categories that are staples – things like tobacco, beverages and salty snacks – in recent years we’ve seen a huge improvement in the range of food to go. Probably the most outstanding change that has happened in the last number of years has been the coffee business. We’ve really become a destination for good-quality, inexpensive coffee. 7-Eleven, for example were in the media recently saying they are the second biggest seller of takeaway coffee after McDonald’s. To get into that position from a standing start really shows the industry has moved ahead in leaps and bounds.
And we continue to innovate, with sandwiches and all sorts of other products, and services as well. The industry certainly is adapting to change. We still need to be in a position where we’re driving change, but I think we certainly are adapting.

Do you see any particular key opportunities that the P&C retailers or suppliers are yet to fully embrace?
In the US they prepare a lot of food instore, but their cost of labour is lower, their volumes a lot higher. We certainly have that as a disadvantage – not having the volumes, and also the very high cost of labour also makes it really inefficient for stores to prepare foods on site. That’s why some of them are partnering with QSRs like McDonald’s, Oporto, Guzman y Gomez, all the others that are out there, because obviously they have a business model that does work for them.
Our business model, particularly, is doing quite well with having food delivered. To use 7-Eleven as an example again, they’re getting fresh sandwiches delivered daily. It’s not that long ago where the industry was offering sandwiches that had three days’, up to seven days’ shelf life, which is just not fresh. If we’re genuine about saying we want to offer customers fresh product, fresh means made late last night, delivered this morning, sold today, and back off the shelf tonight. That is fresh and that’s the standard that the industry has to work towards.

An aspect of the summit that Convenience World particularly enjoyed was the Peter Jowett Awards. The finalists were really inspiring and it was great to see AACS supporting the next generation of industry stars. How important is it for the industry to nurture fresh talent?
Absolutely critical. These awards have been going in many formats for well over 20 years and it’s something that the industry is absolutely committed towards. We get an enormous amount of support … it just shows the amount of enthusiasm and interest that companies are putting behind it.
Some companies actually run an internal competition before they choose who represents them in the final part of the submissions. From our point of view, it’s about fostering the younger talent and showing the opportunities. The convenience industry is a desirable place to work; it’s a collegial environment. It’s not as ‘cut-throat’ as the grocery industry, and people can build a very good career in convenience.
The other area that we’re very keen on supporting, and we do support, is our Women in Convenience events. You probably saw at the summit and awards that we have very talented women in senior positions and also coming through. We certainly are keen to show and demonstrate that.
It’s an industry that caters to both males and females. It’s not the old, grubby workshop that was a male-dominated environment, and if you look at a lot of senior people in many of the convenience organisations, a lot of them are women. We’re really happy with that. Also, the AACS board: it’s not that long ago that the AACS board was almost exclusively male. We’re now closer to 50:50. We’ve got to try and make sure we not only talk the talk but walk the talk and do what we say that others should be doing.

AACS also plays an important role in representing and advocating for the industry. What have been the association’s biggest achievements in the past year?
Only in the last couple of months, Victoria police have reversed a policy that they brought in about five years ago regarding chasing up people that steal petrol. Under a previous police commissioner, they weren’t following it up as they should have done. They’ve reversed their policy and are now quite firm on following up reports of petrol thefts. That’s certainly one that we’ve lobbied long and hard for.
Another is that the opposition in Victoria have come out very openly saying that if they win office (following the state election in November) they will legislate that petrol theft is a crime. At the moment, there’s a burden of proof that operators need to put on. Once made a crime (suspected thieves) will need proof that they haven’t stolen it. That certainly sends a signal that things are changing.
We’re currently working with Crime Stoppers and the Department of Justice in Victoria to put out a very visible program telling consumers and would-be petrol thieves that petrol theft is a crime and they will be caught and they will be prosecuted.That’s something that we worked on for perhaps five years as well. Some of these things take a long time because of the slow-moving wheels of bureaucracy. But from our point of view we’ve just got to persevere and try to get a result for our members.

At the federal level of government, there’s been some instability, to say the least. How has that affected AACS’ lobbying? Has uncertainty in government trickled down to business owners?
We’ve just seen another change in the line-up in the federal government, with new ministers announced in August. I think the Small Business Minister (Michaelia Cash) that was announced is about the eighth since I’ve been in the role (since 2011). It shows the difficulty that we have, and other associations no doubt, in getting continuity and traction, because of the enormous change within government. No sooner do you set up a relationship with one and they come to grips with what the issues are, they’re booted out or change roles. That’s been really difficult.
But in terms of industry confidence, from our point of view it’s positive. 2017 was a fairly tough year. Some retailers did incredibly well. Some didn’t do as well. So it brought the average down. The growth in merchandise sales in 2017 was only about one per cent. The last quarter that we’ve just seen is 2.9 per cent. So certainly businesses are doing quite well out there. There is optimism. They’re investing in new equipment, they’re upgrading stores, some of them are building new stores. The industry is pretty buoyant and there’s a buzz; it’s certainly not all doom and gloom.
We will continue despite what happened with the government, quite frankly. If we relied on them for anything, it would take a long time. The industry just has to keep moving, has to keep innovating, has to keep changing.

Finally, what’s in store for AACS in 2019?
There’ll be another Down Under as well as overseas study tour; we’re working on destinations at the moment. The summit and gala dinner will be in Sydney next year; we’re working on the venue right now. There’ll be another AACS Peter Jowett Award, there’ll be a number of Women in Convenience events – they went really well this year, with some terrific speakers and they were really well attended.
We try to invigorate our program each year, so we’ll be looking at the opportunities that might crop up through the year. We’ll also continue the work we do in terms of lobbying for the things that out retailers and our customers look for.

In the latest edition of Convenience World we delve into the importance of the forecourt and how retailers can maximise its success. ACAPMA CEO Mark...
Read more

Fire up the laptop, and get ready to sizzle

Heinz is bringing every Aussie’s favourite past time, the sausage sizzle to living rooms. However this time, funds will be raised for Foodbank, Australia’s largest...
Read more

Cafés are a public space, serving as a hub for communities that offer a comfortable environment for socialising. For this year’s Neighbour Day, the theme...
Read more

The AACS Convenience Leaders Summit will take place in Sydney on August 15 at the Sydney Convention Centre, followed in the evening by the...
Read more

Alibaba Cloud, the digital technology and intelligence “backbone” of Alibaba Group, has partnered with Unilever. The “pioneering strategic initiative” will enable Unilever to action...
Read more

Alibaba Cloud, the digital technology and intelligence “backbone” of Alibaba Group, has partnered with Unilever. The “pioneering strategic initiative” will enable Unilever to action...
Read more